Menu
About Us+
What we do
Why us?
Blog
Testimonials
Our services+
U.S. Apostille
U.S. Department of State Apostille
Certification
Embassy Legalization
Hague Apostille Countries
How to Apostille...+
Rates+
FAQ+
Order Now+
Contact Us+
Home → About Us → Blog → What is an Apostille?

What is an Apostille? 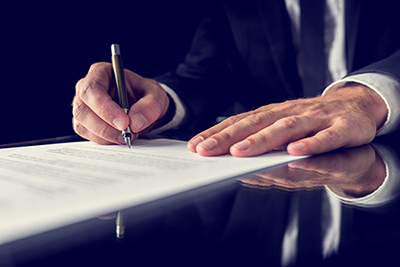 Documents issued in the United States must be legalized when they are intended to be used in a foreign country.

When getting an Apostille, the document’s destination is important.

The Secretary of State issues two types of authentications for foreign documents – certified or apostilled. The United States is a member of the Hague Convention, which allows member countries to verify and exchange documents between each other that are submitted through the Apostille process.

Authenticating documents is done to confirm that a document and the signatures on it are legitimate. This confirmation allows foreign countries to validate documents as being original and coming from the United States. Therefore, one key step in determining the certification process is determining if the destination country has membership in the Hague Convention. Foreign countries are not familiar with the documents used in the United States and this is why the apostille process was developed. Documents such as a Power of Attorney allow a person to act and sign on the behalf of another individual or company. It is critical that documents of such importance be legalized in the proper manner to ensure they will be accepted and considered valid in countries abroad.

Legalizing a document involves officials legalizing the signature of the official that signed before it.

If the document is being legalized by an embassy:

Testimonials
"Global Apostille are professionals when it comes to taking care of legalizing documents (in my case it was petition for name change for my child)."
Julia D.
"Thank you so much for your help! Your office has been very efficient. I hope I will use your services again soon."
Nelson P.
Leesburg, FL
"I own a small business and had to legalize Certificates of Free Sale required in a foreign country. I had no idea where to start with this process and contacted Global Apostille for help."
Boris Gorinshteyn, Small business owner
Dunwoody, GA, USA

Apostille from anywhere
in the U.S.